What are Africa’s top ten best universities? Which African universities have the greatest impact on research and development? Which of Africa’s universities is the cream of the crop?

Top Universities in Africa Based on Research and Development Impact

Here the list of top universities in Afric based on research and development:

According to data collected by The Times Higher Education Rankings 2022, this post lists the top-ranking universities in Africa in terms of research and development effect for 2022. The whole list, as well as specifics on the ranking system, may be seen here.

South African universities have consistently led the list of top-ranked universities on the African continent, accounting for more than half of the top ten institutions. With the exception of the University of Cape Coast in Ghana, the names on this list are known in practically every African university rankings. In this year’s rankings, UCC is likely to have the highest ranking.

Now for the list of Nigeria’s best universities, as well as the most popular universities in the country, organized by research and human development.

University of Cape Town (UCT) is an inclusive and engaged African research-intensive university that inspires creativity through outstanding achievements in learning, discovery, and citizenship, while also improving the lives of its students and staff, advancing a more equitable and sustainable social order, and influencing the global higher education landscape.

It is the only African member of the World Economic Forum’s Global University Leaders Forum (GULF), which is made up of 26 of the world’s finest universities. The Nobel Prize has been awarded to five UCT alumni, staff members, and researchers.

As of March 2020, 35 UCT employees are A-rated NRF researchers (representing 30% of the national total) and 88 employees are members of the South African Academy of Sciences.

The Berlin Declaration on Open Access to Knowledge in the Sciences and Humanities was signed by Stellenbosch University, the first African university to do so.

“Maties” is a nickname given to students at Stellenbosch University. The term “tamatie” is most likely derived from the Afrikaans word “tamatie” (meaning tomato, and referring to the maroon sport uniforms and blazer colour).

Another idea is that the phrase originated from the Afrikaans colloquialism maat (meaning “friend” or “mate”), which was first used diminutively (“maatjie”) by students at the South African College, which preceded the University of Cape Town.

University of the Witwatersrand (Wits University) is leading the charge in reinventing fashionable Braamfontein so that we can continue to contribute to the global knowledge economy by delivering high-level, scarce skills.

Our location in Johannesburg, the African continent’s economic and industrial hub, puts us in a good position to work with the governmental and business sectors, civil society, and other social agents to bring about significant change.

The University of Cape Coast (UCC) is an equal opportunity university with a unique position to deliver a high-quality education by offering comprehensive, liberal, and professional programs that push students to be creative, imaginative, and morally responsible citizens. By utilizing current technologies, it also provides expertise and facilities to teach professionals for the education enterprise and business through distant learning. The University is always looking for new methods to respond to pressing needs.

The institution was founded in 1962 in response to a critical shortage of highly trained and professional educational personnel. It was founded to prepare graduate teachers for second-cycle institutions like as teacher training colleges and technical schools, a task that the two existing public universities were ill-equipped to carry out at the time.

Since then, the university has expanded its responsibilities to include the training of doctors and other health-care professionals, as well as educational planners, administrators, lawyers, and agriculturalists. Ministers of State, High Commissioners, CEOs, and Members of Parliament are among UCC’s alumni.

In contrast to the case in the last quarter of the 20th century, when higher education institutions in Africa faced setbacks due to dwindling government support engendered by higher education’s low priority, the beginning of the twenty-first century has seen renewed interest in higher education at both the national and international levels.

The Ghana Education Trust Fund (GETFund) and the imposition of user fees for students have improved educational financing and aided in the improvement of infrastructure in Ghana. Efforts to improve staff working conditions and research assistance have aided in the reversal of the brain drain that has hindered the growth of higher education institutions.

As a public institution, the University of Cape Coast must adapt its knowledge and research base, curricula, modes of delivery, academic support, and corporate culture dramatically. It must also play to its strengths in order to maximize resources in its effort to carve out niches for itself. The discovery of offshore oil and gas in the University’s catchment area for research and outreach, as well as the serenity of its location, vast coastal and forest resources, and its leading role in Ghanaian education, position UCC well to expand its scope of research activities, develop new academic programs, and attract top-notch staff and students.

On Salisbury Island in Durban Bay, the University of Durban-Westville was founded in the 1960s as the University College for Indians. Due to the Congress Alliances’ aim of avoiding apartheid structures, student numbers were low during the 1960s. In the 1980s, this program gave place to a campaign of “education under protest,” which aimed to turn apartheid institutions into battlegrounds.

The College’s student body developed significantly, and it was given university status in 1971. The newly-named University of Durban-Westville moved into its contemporary campus in Westville the following year, and was a hotbed of anti-apartheid activity. In 1984, UDW became an independent institution, welcoming students of all races.

Mr T B Davis, whose son Howard Davis was killed during the Battle of the Somme in World War I, donated the Howard College building, which was dedicated in 1931. The government sanctioned the establishment of a Faculty of Agriculture in Pietermaritzburg in 1946 and a Medical School in Durban for African, Indian, and Coloured students in 1947.

The two KwaZulu-Natal universities were among the first group of South African schools to combine in 2004, as part of the government’s higher educational reform plans, which will decrease the country’s higher education institutions from 36 to 21.

The mergers represent the culmination of a wide-ranging consultative process on the reform of the Higher Education Sector that began in the early 1990s and was confirmed by a Cabinet decision in December 2002.

South Valley University was created in 1995 by presidential decree number. 23 of 1995, and the Aswan branch was attached to it later that year. New faculties were established (faculty of arts, faculty of social work, and faculty of engineering).

By presidential decree no. 311 of the 11th of June 2013, Aswan Institution was established as a governmental university in 2012. There were 15 faculties in total. here are the list of the faculties:

Approximately 30439 students were enrolled at DUT in April 2021. Doctoral degrees are offered at the University, which is one of just five technical institutions on the African continent to do so. Nonkululeko Nyembezi is the current Chancellor.

Indians first arrived in KwaZulu-Natal in the 1860s, largely to serve as indentured laborers on sugar plantations. Those who lacked proper educational degrees were threatened with deportation in 1927.

Adult literacy classes, as well as a variety of commercial subjects, were held in a mission school and a Hindu Institute in response to this threat, but it was not until after WWII, and thanks to substantial public funding, that ML Sultan College was founded.

However, the City Council would have to wait another decade, already busy with the frameworks of the first Group Areas Act of 1950, before allocating adequate land for a permanent campus.

The Natal Technical College was established in 1907 and began offering tuition to more than 350 part-time students right away. Apartheid’s institutions, as formalized by statute, exerted significantly on this institution as well. The college was taken over by national education authorities in 1955, and it became a white-only institution in 1967.

The University of Ibadan, or UI as it is affectionately known, was founded in 1948 and is Nigeria’s first university. It was a College of the University of London in a special partnership plan until 1962, when it became a full-fledged independent university.

Ferhat Abbas Sétif University 1 was established in 1978 as the Sétif University Centre in Eastern Algeria’s commercial capital, which is also known as the cradle of Algerian independence. It was named after a political figure from the civil war that led to the country’s separation from France in 1962.

Ferhat Abbas Sétif University 1, whose rector, Abdelmajid Djenane, has stated that the institution aspires to “become an engaged territorial player, a socially responsible university,” contains eight faculties, 39 research centers, and an experimental farm, all of which are spread across three campuses.

The main campus, which houses the colleges of medicine, science, natural and living sciences, economics, business and management, and architecture and Earth sciences, remains in El-Bez, with the Sétif tramway system connecting it to the rest of the city since March 2018.

Research projects at the Laboratory of the Urban Project, City and Territory, which aspires to be a “development driver” for the region, include an intensive study of the threats to local ecological balance and the digital scanning of Sétif’s numerous historical monuments. In the 2018 Nature Index, the university was ranked second among Algerian universities.

One of the most beautiful universities in the world is Kafrelsheikh University. The university campus is distinguished by its privileged location in Kafr El-Sheikh, as well as its unique modern buildings, which are equipped with educational capabilities and components and are toward the educational process, outdoor recreation and health facilities, nutrition and accommodation, sports fields, and green areas, which give it the appearance of a resort or a tourist park, and a study environment that really is friendly to an environmental conservation, stimulati.

In addition to the College of Veterinary Medicine, the university has nineteen colleges and three graduate institutes, five scientific faculties of agriculture, engineering, science, Science Fisheries and Fisheries, and Computing and Information, and seven faculties of health, including medicine and pharmacy, dental and natural treatment, nursing, and the Faculty of Medical and Applied Sciences.

The university also has six colleges dedicated to science, human education, and educational quality, as well as Education, Sports, Arts, and Commerce, and tongues and rights.

The Institute of Science and Technology Nanotechnology, the Institute for the Discovery and Development of Medicine, and the Technical Institute of Nursing are among the scientific institutes.

There is a university hospital equipped with the latest medical equipment to provide medical services to all segments of society.

Previous article How To Downgrade Gotv After Payment With Simple Steps
Next article Phone Shops In Accra, Find Top Phone Stores In Ghana. 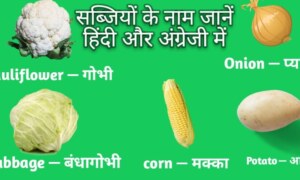 35 Vegetables Name In Hindi And English 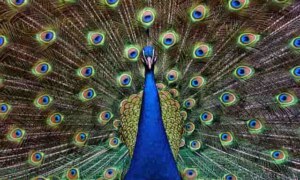 50 Birds Name In Hindi And English With Picture 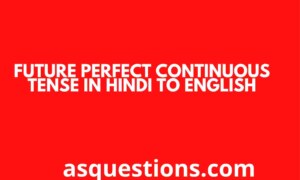 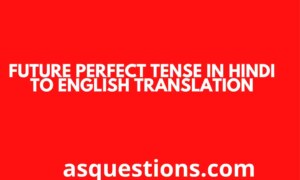