Close
Ask a Question
Home/Questions/Q 2220
Next

Which African Countries Have Airlines? With 10 Examples 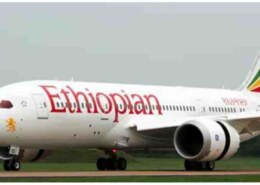 The highly anticipated 2021 World Airline Awards, dubbed the “Oscars of airlines,” were announced on Tuesday by Skytrax, based in the United Kingdom.

Customer feedback was gathered over a 23-month period, from September 2019 to July 2021, and covered both ordinary and pandemic travel.

While the epidemic caused several airline rankings to shift in comparison to the previous year, a few significant airlines stayed at the top.

Over 13 million travellers from all over the world took part in the Passenger’s Choice Awards, where they nominated their favourite airline and rated specific aspects of the customer experience on a scale of one to five, such as cabin service, COVID-19 response, ground/airport services, and onboard products. Nearly 350 airlines were represented in the poll’s results.

The top three African carriers were Ethiopian Airlines, South African Airways, and Kenya Airways. Qatar Airways won the gold medal for the sixth time since 2001, followed by Singapore Airlines in second and ANA All Nippon Airways of Japan in third.

Which African Countries Have Airlines

Here’s a look at the top ten African airlines for the year 2021.

Fastjet Plc is a British/South African holding company that manages a series of African low-cost carriers.

The company’s declared goal is to become Africa’s first low-cost, pan-African airline, and the business began with the acquisition of Fly540, an East African airline; flights in Fastjet’s own name began in Tanzania in November 2012.

Domestic operations in South Africa have also been announced. The airline flies four Embraer E145 aircraft across East and Southern Africa as of February 2018. It has carried more than 2.5 million people and has an on-time performance of 90%.

EgyptAir, the Arab Republic of Egypt’s national airline, is based at Cairo International Airport. Domestic and regional scheduled passenger and freight services within Egypt and Africa, as well as international routes to Europe, Asia, the Middle East, and North America, are all part of the airline’s network.

EgyptAir, one of the largest airlines on the African continent, joined the Star Alliance in July 2008. EgyptAir Cargo is EgyptAir’s cargo branch, which serves Europe, Africa, and the Middle East.

FlySafair is a South African low-cost airline based in Johannesburg. The airline specializes in internal flights inside South Africa, with flights to more than five different destinations.

Although the airline only started flying in October 2014, the company behind it has been around for 50 years.

Cape Town, Durban, East London, George, Port Elizabeth, and Johannesburg are among the 7 domestic destinations served by FlySafair. It flies to these destinations with a fleet of 16 Boeing planes.

The airline, which has its hub at Kigali International Airport (KGL), is one of Africa’s fastest-growing and has one of the continent’s youngest and most contemporary fleets.

The airline’s objective is to deliver superior, safe, and dependable air transportation services, including strategically connecting Rwanda to the rest of the world.

The national airline of Seychelles, Air Seychelles, is headquartered on the island of Mahe. The airline flies to a variety of destinations in Africa and Central/Eastern Asia.

Air Seychelles was founded in 1978 and initially only operated internal flights until 1983 when it began operating international flights to Frankfurt and London.

The airline has expanded and updated its international route network throughout the years and now flies to a number of countries outside of Seychelles.

In 2014, Skytrax awarded Air Seychelles a four-star rating, as well as World Travel Awards for Leading Business Class and Leading Cabin Crew in the Indian Ocean.

The flag carrier, Air Mauritius Ltd, began operations in 1972, making it the fourth-largest airline in Sub-Saharan Africa at the company. Passengers can fly direct to 23 destinations and connect with the airline’s partners to reach over 100 more.

The Moroccan airline Royal Air Maroc, or ‘RAM,’ is the country’s largest. The airline was established in July 1953 when Air Maroc and Air Atlas merged.

The airline’s headquarters are headquartered near the Moroccan city of Casablanca at Casablanca-Anfa Airport, while its primary hub airport in Casablanca Mohammed V International Airport.

RAM flies to nearly 100 destinations globally, including countries in Europe, Africa, the Americas, and the Middle East, on both medium-haul and long-haul flights.

Kenya Airways is one of Africa’s largest airlines, with flights to popular destinations all over the world. Since its inception, the airline has developed immensely and continues to thrive across the African sky.

With a team of cheerful and helpful employees, it’s no surprise that Kenya Airways earned the World Travel Award for Africa’s Leading Airline in 2016 and 2017.

The airline, also known as ‘Africa’s Pride,’ has made a significant contribution to elevating the standards of African aviation through its sustained service excellence.

South African Airways (SAA) is the country’s flag carrier and one of the continent’s largest airlines, with hubs in Johannesburg and Cape Town.

The airline is fully owned by the South African government and operates a vast network of domestic and international services throughout Africa, as well as to North America, South America, Asia, Australia, and Europe. In 2006, SAA became a member of the Star Alliance.